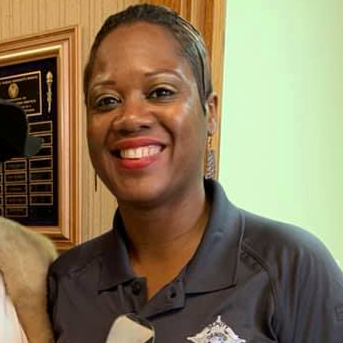 Deputy Sheriff Donna Richardson-Below was killed in a vehicle crash on U.S. Highway 84, near Louisiana 3248, shortly before 8:00 am. An oncoming vehicle crossed the center line and struck her patrol car head-on, causing her to suffer fatal injuries. Deputy Richardson-Below had served with the DeSoto Parish Sheriff's Office for 13 months and had previously served as a probation officer with the Louisiana Department of Corrections. 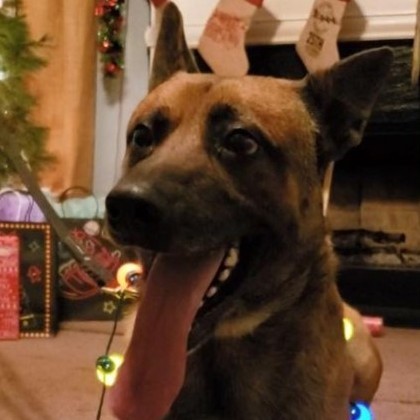 K9 Thorr was killed when the patrol car he was riding in collided with a tractor-trailer on I-75 near mile marker 206 in Spalding County. His and another officer were on patrol and were making a U-turn in a median turnaround. As they entered back into traffic the patrol car was struck by a tractor-trailer. K9 Thorr was killed as a result of the collision. Both officers and the driver of the semi were injured. K9 Thorr had served with the Henry County Police Department for six months. 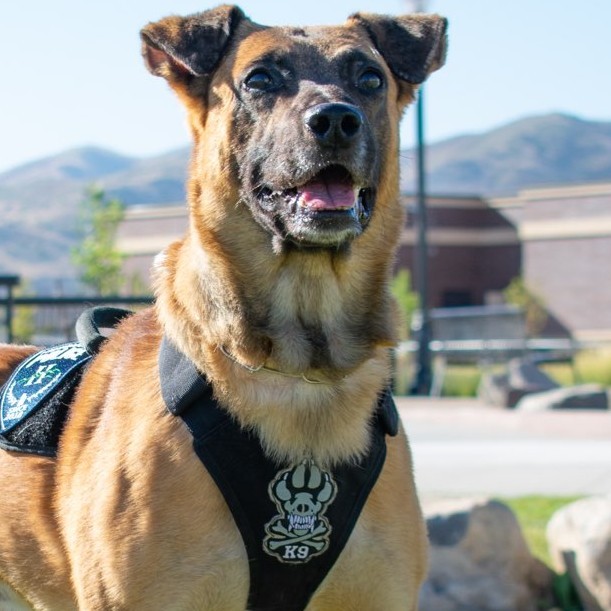 K9 Hondo was shot and killed while attempting an apprehension of a wanted subject in the area of 445 East and 300 South in downtown Salt Lake City shortly before midnight. K9 Hondo and his handler were assisting the U.S. Marshals Violent Fugitive Apprehension Strike Team serve the warrant. The wanted parolee exited an apartment and pulled out a handgun as he fled on foot. As K9 Hondo attempted an apprehension he was shot as task officers fired at the subject. The wanted subject was also killed. 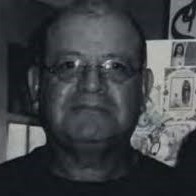 On Wednesday evening, February 12, 2020, Fire Chief Manuel Galindo, Jr., was driving a fire apparatus on East Highway 20 in Hudspeth County when he suddenly veered off the road. He attempted to get the vehicle back on the highway but overcorrected. The apparatus flipped over and Galindo was ejected. He was pronounced deceased at the scene. Investigation into the accident continues. 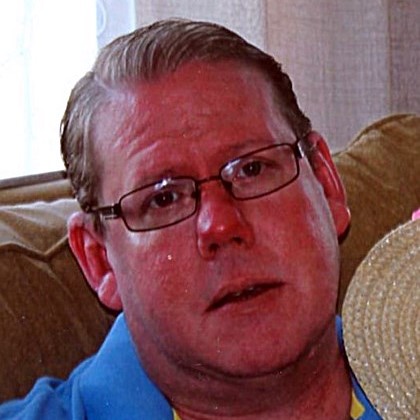 Police Officer Matthew von Seydewitz died as the result of cancer that he developed following his assignment to the search and recovery efforts at the World Trade Center site following the 9/11 Terrorist Attacks. On the morning of September 11th, 2001, seventy-two officers from a total of eight local, state, and federal agencies were killed when terrorist hijackers working for the al Qaeda terrorist network, headed by Osama bin Laden, crashed four hijacked planes into the World Trade Center towers in New York City, the Pentagon in Arlington, Virginia, and a field near Shanksville, Pennsylvania. After the impact of the first plane into the World Trade Center's North Tower, putting the safety of others before their own, law enforcement officers along with fire and EMS personnel, rushed to the burning Twin Towers of the World Trade Center to aid the victims and lead them to safety. Due to their quick actions, it is estimated that over 25,000 people were saved. As the evacuation continued, the South Tower unexpectedly collapsed as a result of the intense fire caused by the impact. The North Tower collapsed a short time later. Seventy-one law enforcement officers, 343 members of the New York City Fire Department and over 2,800 civilians were killed at the World Trade Center site. A third hijacked plane crashed into a field in rural Pennsylvania when the passengers attempted to re-take control of the plane. One law enforcement officer, who was a passenger on the plane, was killed in that crash. The fourth hijacked plane was crashed into the Pentagon in Arlington, Virginia, killing almost 200 military and civilian personnel. No law enforcement officers were killed at the Pentagon on 9/11. The terrorist attacks resulted in the declaration of war against the Taliban regime, the illegal rulers of Afghanistan, and the al Qaeda terrorist network which also was based in Afghanistan. On September 9th, 2005, all of the public safety officers killed on September 11th, 2001, were posthumously awarded the 9/11 Heroes Medal of Valor by President George W. Bush. The contamination in the air at the World Trade Center site caused many rescue personnel to become extremely ill and eventually led to the death of several rescue workers. On May 1st, 2011 members of the United States military conducted a raid on a compound in Abbottabad, Pakistan, and killed Osama bin Laden. Please click here to visit the memorials of all of the law enforcement officers killed in this terrorist attack. 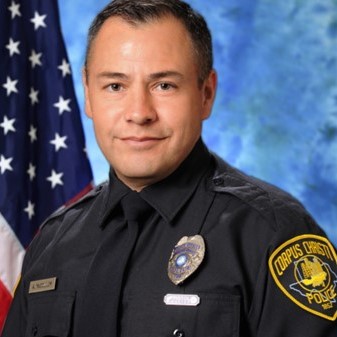 Police Officer Alan McCollum was struck and killed by a drunk driver while conducting a traffic stop on Highway 358 near Carroll Lane at 9:30 pm. He and two other officers were on the scene of the stop when another vehicle struck one of the patrol cars, then struck him and a second officer. Officer McCollum suffered fatal injuries and the other officer suffered non-life-threatening injuries. The drunk driver who caused the crash was charged with intoxication manslaughter, driving with a suspended license, and intoxication assault. Officer McCollum was a U.S. Army veteran and recipient of the Bronze Star. He had served with the Corpus Christi Police Department for almost seven years. He is survived by his wife and three children. 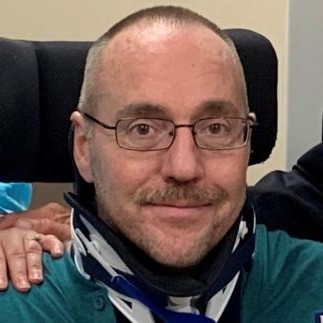 Deputy Sheriff Richard Whitten succumbed to complications of a gunshot wound sustained on May 29th, 2019, while responding to a shots fired call in Cleveland. He was en route to a training class and had just driven past the scene of the double-murder when the shooting was dispatched over the radio. As he responded back to the scene and encountered the suspect fleeing in a vehicle. Deputy Whitten and a member of the Cleveland Independent School District Police Department pursued the subject onto CR 2243, where the man immediately pulled into the parking lot of a veterinary office. As Deputy Whitten challenged the subject the man produced a handgun and opened fire, striking him in the neck and paralyzing him. The other officer returned fire as the subject fled. The man later committed suicide after being located by other officers. Deputy Whitten was flown to Memorial Hermann Hospital, in Houston, in critical condition. On February 3rd, 2020, he suffered a complication while undergoing physical therapy and passed away. Deputy Whitten had served with the Liberty County Sheriff's Office for four years. 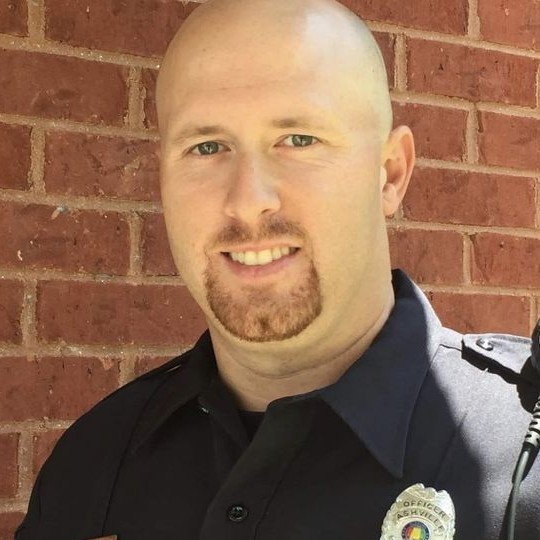 Police Officer Nick O'Rear was shot and killed during a vehicle pursuit on I-65 near Old U.S. Highway 31 at about 10:00 pm. An officer with the Warrior Police Department had initiated the pursuit when he attempted to conduct a traffic stop. Officer O'Rear responded to assist in the pursuit when the man opened fire, striking him. Officer O'Rear's vehicle then crashed nearby. He was transported to UAB Hospital where he succumbed to his wounds at 1:15 am. The driver fled into Jefferson County where he was taken into custody and subsequently charged with capital murder. Officer O'Rear had served with the Kimberly Police Department for one year and had previously served with the Ashville Police Department. He is survived by his two children with a third child on the way. 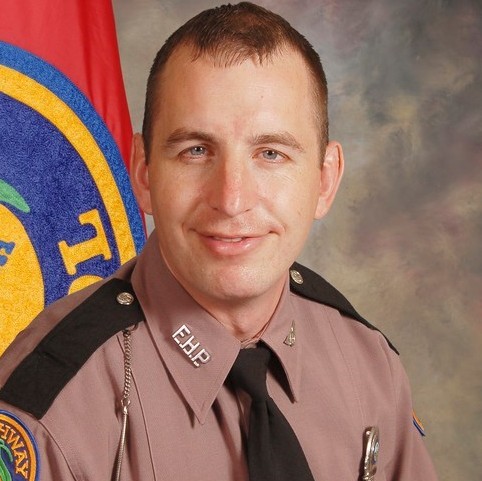 Trooper Joseph Bullock was shot and killed when he encountered a disabled vehicle on I-95 just north of the interstate rest area in Martin County. He stopped to assist what he believed to be a disabled motorist at about 10:15 am. One of the occupants of the vehicle fatally shot him as he approached. A Riviera Beach police officer who happened to be driving past the scene shot and killed the subject. Trooper Bullock was a U.S. Air Force veteran and had served with the Florida Highway Patrol for 19 years. He is survived by his parents and two sisters.