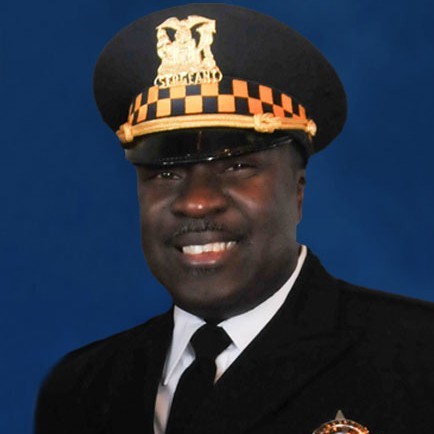 Sergeant Clifford Martin died as the result of contracting COVID-19 while on duty. Sergeant Martin had served with the Chicago Police Department for 25 years and was assigned to Unit 610 - Bureau of Detectives - Area Central. He is survived by his wife and three children. In early 2020, thousands of law enforcement officers and other first responders throughout the country contracted COVID-19 during the worldwide pandemic due to requirements of their job. Many of these first responders died as a result of COVID-19. 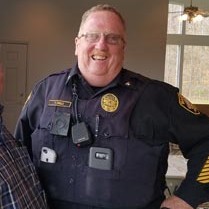 Chief of Police Terry Engle was killed in a single-vehicle crash while responding to a 911 call at 6:45 pm. He was traveling on northbound on Illinois Route 84 when his vehicle left the roadway and struck a tree at 180th Street North. Chief Engle had served with the Hampton Police Department for more than two years after having served with the Black Hawk College Police Department for 35 years. 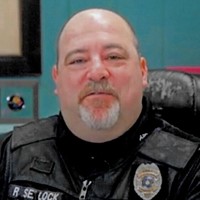 Chief of Police Robert Sealock died from complications of a major asthma attack following a foot pursuit on March 26th, 2020. He had joined other officers who were involved in a foot pursuit of a wanted subject. Shortly after arriving back to the police station, he suffered a severe asthma attack. He was unable to catch his breath and collapsed after his emergency inhaler was ineffective. A fellow officer immediately radioed for help and he was transported to a local hospital. He remained under intensive care until passing away on April 11th, 2020. Chief Sealock was a U.S Navy veteran and served with the Aliquippa Police Department for 23 years. He was scheduled to retire later in the year. 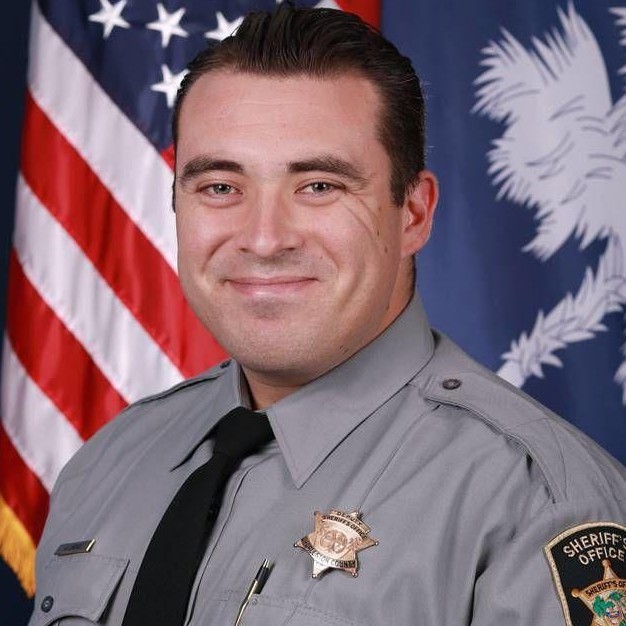 Deputy Sheriff Jeremy Ladue was killed in a vehicle crash near the intersection of Savannah Highway and Dobbin Road at approximately 1:40 am. He was on patrol when another vehicle collided with his patrol car. Deputy Ladue, who was not wearing a seatbelt, suffered fatal injuries. The other driver was also killed in the crash. Deputy Ladue had served with the Charleston County Sheriff's Office for 14 months. He is survived by his parents and a sister. 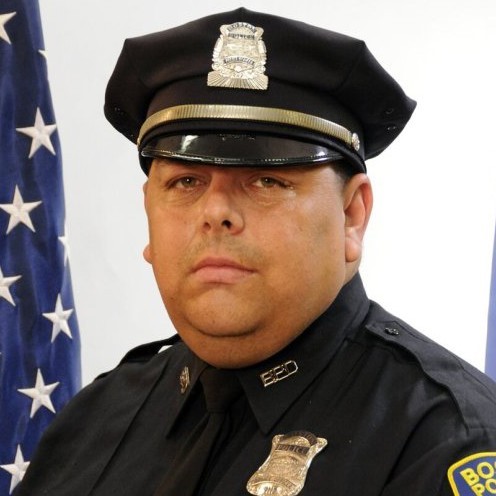 Police Officer Jose Fontanez died as the result of contracting COVID-19 while on duty. Officer Fontanez had served with the Boston Police Department for 29 years and was assigned to District E-13 (Jamaica Plain). He is survived by his wife, four children, and one grandchild. In early 2020, thousands of law enforcement officers and other first responders throughout the country contracted COVID-19 during the worldwide pandemic due to requirements of their job. Many of these first responders died as a result of COVID-19. 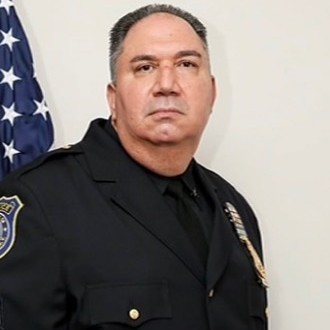 Sergeant Joseph Spinosa died as the result of contracting COVID-19 while on duty. Sergeant Spinosa had served with the Sands Point Police Department for 19 years. He is survived by his mother. In early 2020, thousands of law enforcement officers and other first responders throughout the country contracted COVID-19 during the worldwide pandemic due to requirements of their job. Many of these first responders died as a result of COVID-19. 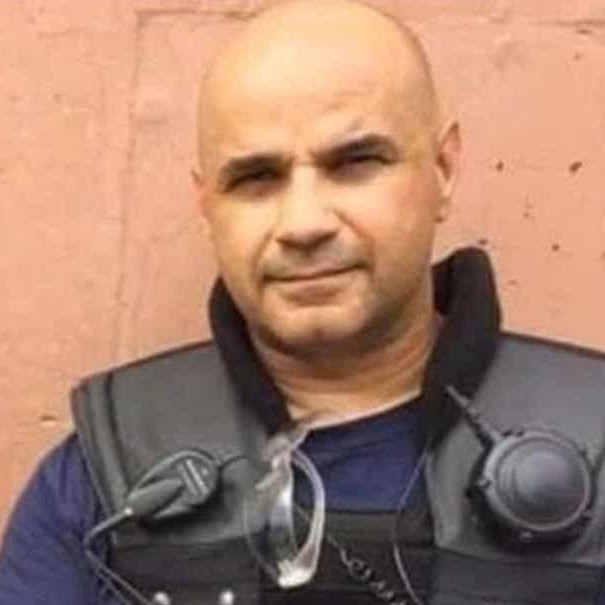 Detective Alex Ruperto died after contracting COVID-19 while performing patrol duties. Detective Ruperto had served with the Union City Police Department for 21 years. He is survived by his two adult children. 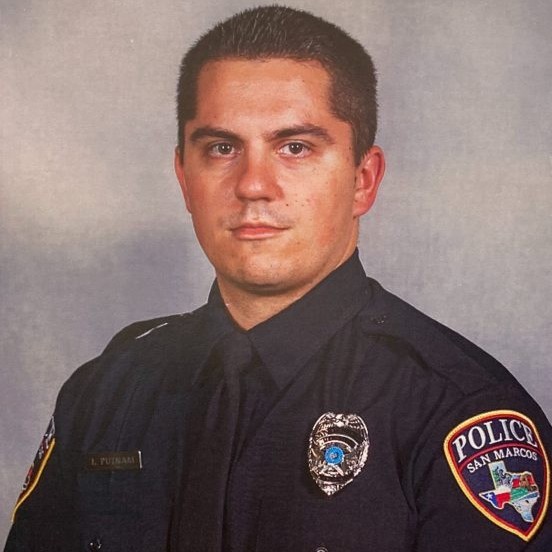 Police Officer Justin Putnam was shot and killed when he and other officers responded to a domestic assault incident at an apartment complex in the 2900 block of Hunter Road at about 7:00 pm. As the officers entered the apartment they were ambushed by a male subject with a rifle. Officer Putnam was killed and two other officers were critically wounded. The subject committed suicide after shooting the officers. Officer Putnam had served with the San Marcos Police Department for 5-1/2 years. 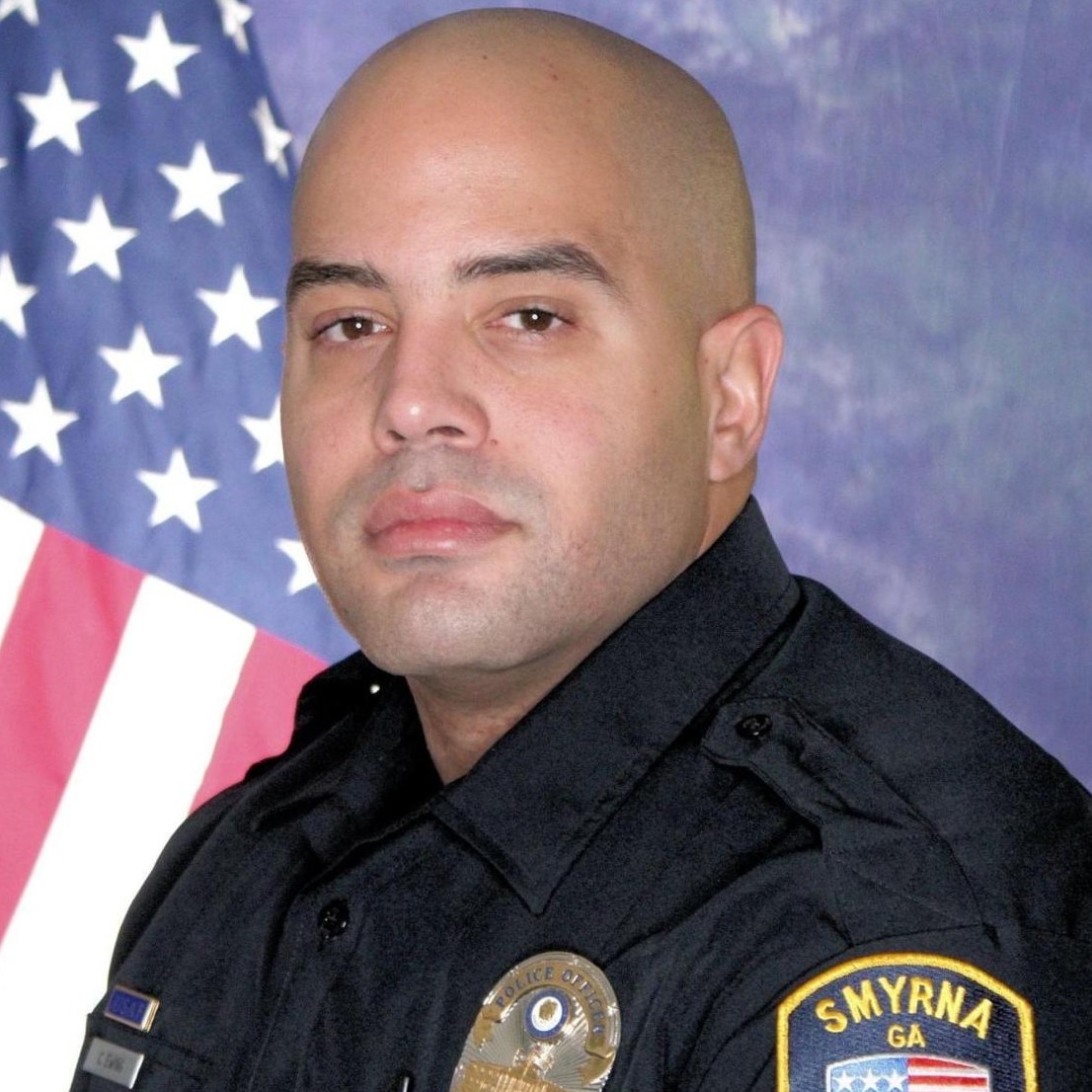 Police Officer Christopher Ewing was killed when his patrol car collided with a drunk driver at the intersection of South Cobb Drive and Oak Drive at about 11:00 pm. The collision occurred when the other driver turned left in front of Officer Ewing's patrol car. The drunk driver was arrested and charged with homicide by vehicle, driving under the influence, and tampering with evidence. Officer Ewing was a U.S. Air Force Reserves veteran. He had served with the Smyrna Police Department for two years and had recently applied to be part of the agency's DUI Task Force. He is survived by his wife and three children. 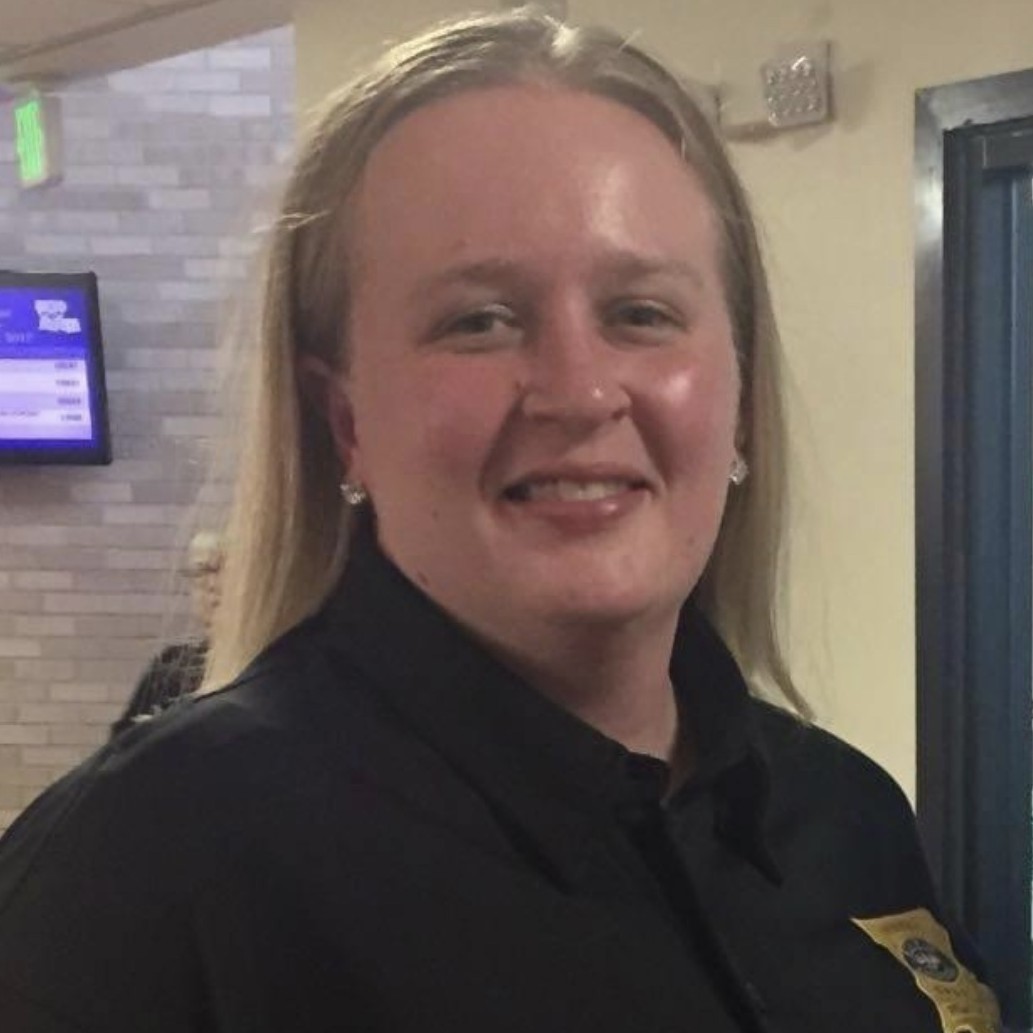 Probation and Parole Agent Kaitlin Cowley was killed in a single-vehicle crash at the I-12 and Millerville Road interchange in Baton Rouge at about 6:30 pm. The crash occurred after she left an assignment assisting the Louisiana Correctional Institute for Women with inmate security at the Our Lady of the Lake Hospital. Her vehicle left the roadway and struck a tree, causing her to suffer fatal injuries. Agent Cowley had served with the Louisiana Department of Corrections for three years and had previously served with the New Jersey Juvenile Justice Commission for two years. She is survived by her husband, parents, and brother. 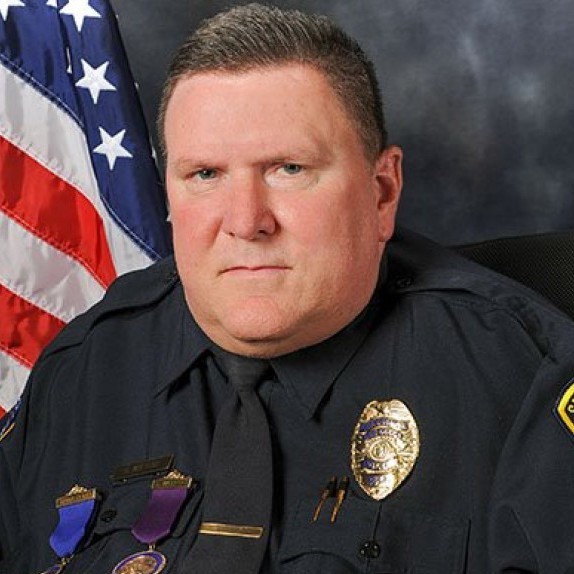 Police Officer Dan Walters succumbed to complications of a gunshot wound sustained on November 12, 2003. He and his partner were backing up another officer on 43rd Street near Gamma Street after the officer stopped to investigate a vehicle parked in the travel lanes with a subject standing nearby. The man immediately pointed a gun at the officer, causing him to seek cover. Officer Walters and his partner immediately confronted the man, who attacked Officer Walters. The man placed his .357 handgun against Officer Walters' neck and shot him, causing him to fall into the roadway. The man was then shot and killed by Officer Walters' partner. A passing vehicle inadvertently struck Officer Walters, causing additional injuries. He was transported to a local hospital where it was determined that he had become paralyzed from the neck down. It was later determined that the man who shot Officer Walters was involved in a violent domestic incident when the first officer encountered him. Officer Walters remained paralyzed and died from complications from the original injuries on April 23, 2020. Officer Walters had served with the San Diego Police Department for five years at the time he was shot. Before serving with the San Diego Police Department, Officer Walters was drafted by the Houston Astros and then played two seasons of Major League Baseball with the San Diego Padres. 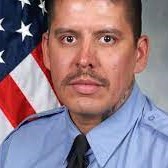 On Tuesday evening, April 21, 2020, while performing department-mandated physical fitness training, Fire Suppression Technician Eduardo Ramirez collapsed. He was immediately taken to the hospital where he passed away. The cause of his death is under investigation. 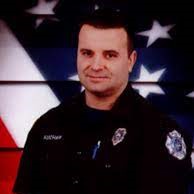 Sergeant Andy Kuchar was injured while performing station duties on 03/02/2020. Since that time, he was off work as a result of the injury. Sergeant Kuchar recently underwent surgery for the injury and passed away at his residence on 04/16/2020. The nature and cause of fatal injury are still to be determined. Incident Location: 6050 Firehouse Drive, Burlington, KY 41005 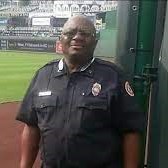 KANSAS CITY, Mo. — An EMT with the Kansas City Fire Department died Monday from the new coronavirus. Kansas City Mayor Quinton Lucas said he was “heartbroken” by the death of the longtime city employee. “Brother Billy Birmingham is Kansas City’s first line of duty death related to the Covid-19 outbreak,” Lucas said on social media. “My hope is he is our last.” Birmingham started with the Metropolitan Ambulance Service in 1998 and had been with the Kansas City Fire Department for the past 10 years. “His passing represents a personal loss to all of us who knew him and cherished both his friendship and professionalism,” said Fire Chief Donna Maize. Lucas said that everyone needs to remain vigilant in preventing further spread of the virus. City officials have discussed extending the stay at home order set to expire April 24. Asked if he was pushing for a three-week extension of the order, Lucas said he was likely to favor that sort of timeline “to make sure that we don’t see a rapid rate of reinfections.” Public health interests, not economic ones, should drive the conversation regarding any extension of the stay at home orders, Lucas said. “There is no use in going through all of this work if only a few weeks later we start to see a significant community spread,” he said. According to the Kansas City Health Department, the city has recorded 323 coronavirus cases including eight deaths. The city will turn on the Firefighter’s Fountain and Memorial at 31st and Pennsylvania on Tuesday in remembrance of Birmingham, Lucas said. 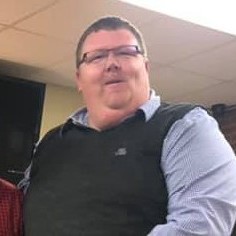 On Tuesday evening, April 21, 2020, while performing department mandated physical fitness training, Fire Suppression Technician Eduardo Ramirez collapsed. He was immediately taken to the hospital where he passed away. The cause of his death is under investigation.