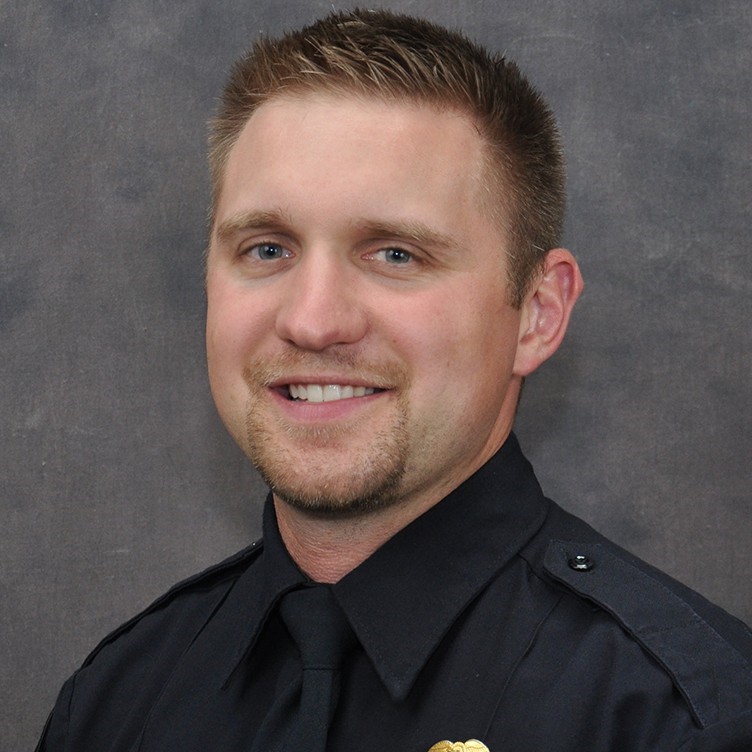 Police Officer Cody Holte was shot and killed after responding to assist deputies from the Grand Forks County Sheriff's Office who were fired upon as they served an eviction notice at an apartment at 2627 South 17th Street. When deputies made contact with the subject he fled into a bedroom and began firing at them. Officer Holte and another officer from the Grand Forks Police Department responded to the deputies' call for assistance. When they arrived, the suspect again opened fire, killing Officer Holte and wounding one of the deputies. Officer returned fire and wounded the subject. A woman inside of the apartment was found deceased from a gunshot wound. The subject was arrested at the scene. Officer Holte was a member of the North Dakota National Guard and had served with the Grand Forks Police Department for three years. He is survived by a wife, 10-month-old son, and twin brother. His brother also serves as a police officer in North Dakota. 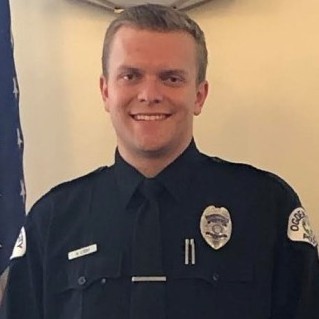 Police Officer Nate Lyday was shot and killed while responding to a domestic disturbance call at a home in the 300 block of Jackson Avenue. A woman had called 911 and reported that a male subject was threatening to kill her. When Officer Lyday and other officers arrived at the home was located on the front porch. He was uncooperative with officers before running inside the home. As officers approached the front door, he opened fire, shooting through the door and fatally wounding Officer Lyday. A Utah Adult Probation and Parole agent was also struck and suffered non-life-threatening wounds. Members of the Ogden-Metro SWAT team located the subject deceased inside the home a short time later. Officer Lyday had served with the Ogden Police Department for only 15 months. He is survived by his wife. 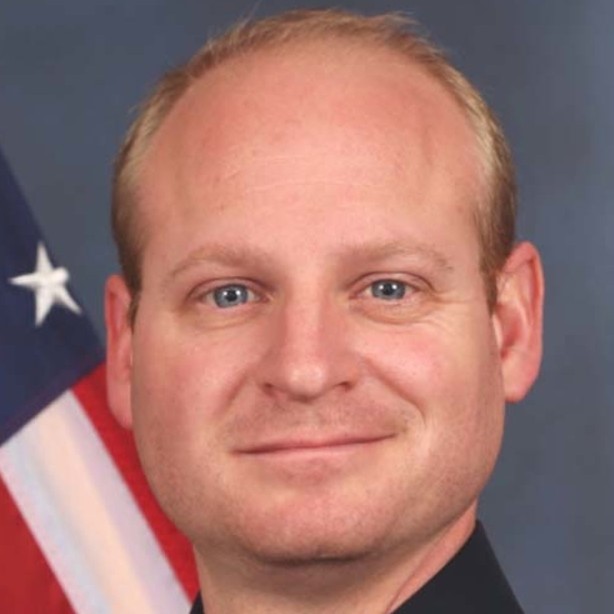 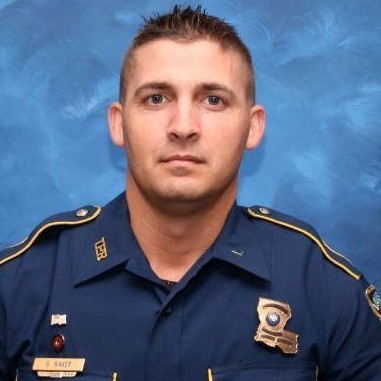 Trooper George Baker succumbed to injuries sustained on May 20th, 2020, when he was struck by a Hammond patrol car while removing stop sticks from the roadway during a vehicle pursuit. The pursuit started when officers from the Hammond Police Department attempted to stop a suspicious vehicle. Trooper Baker and another trooper successfully deployed stop sticks on Wardline Road, near the intersection with Kate Street, causing the vehicle to hit them. As the troopers attempted to remove the stop sticks from the roadway, they were inadvertently struck by a responding Hammond patrol car. Both occupants in the fleeing vehicle were arrested a short time later. Both troopers were transported to a local hospital where Trooper Baker succumbed to his injuries on May 24th, 2020. Trooper Baker's organs were donated upon his death. The second trooper suffered non-life-threatening injuries. Trooper Baker was a U.S. Marine Corps veteran and had served with the Louisiana State Police for three years. He had previously served with the Greensburg Police Department for four years and the St. Helena Parish Sheriff’s Office for three years. He is survived by his wife, daughter, parents, and sisters. 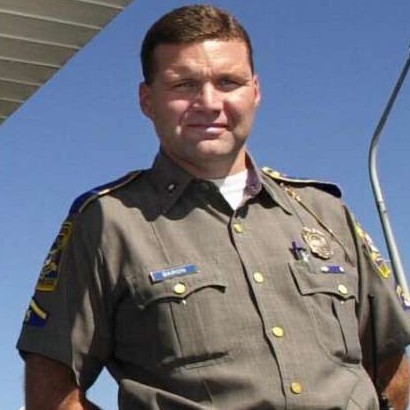 Trooper First Class Eugene Baron died as the result of cancer contracted while assisting with rescue and recovery efforts at the World Trade Center site following the terrorist attacks on September 11th, 2001. Trooper Baron had served with the Connecticut State Police for 18 years prior to medically retiring. He is survived by three children, parents, two sisters, his girlfriend and her two children. On the morning of September 11th, 2001, seventy-two officers from a total of eight local, state, and federal agencies were killed when terrorist hijackers working for the al Qaeda terrorist network, headed by Osama bin Laden, crashed four hijacked planes into the World Trade Center towers in New York City, the Pentagon in Arlington, Virginia, and a field near Shanksville, Pennsylvania. After the impact of the first plane into the World Trade Center's North Tower, putting the safety of others before their own, law enforcement officers along with fire and EMS personnel, rushed to the burning Twin Towers of the World Trade Center to aid the victims and lead them to safety. Due to their quick actions, it is estimated that over 25,000 people were saved. As the evacuation continued, the South Tower unexpectedly collapsed as a result of the intense fire caused by the impact. The North Tower collapsed a short time later. Seventy-one law enforcement officers, 343 members of the New York City Fire Department and over 2,800 civilians were killed at the World Trade Center site. A third hijacked plane crashed into a field in rural Pennsylvania when the passengers attempted to re-take control of the plane. One law enforcement officer, who was a passenger on the plane, was killed in that crash. The fourth hijacked plane was crashed into the Pentagon in Arlington, Virginia, killing almost 200 military and civilian personnel. No law enforcement officers were killed at the Pentagon on 9/11. The terrorist attacks resulted in the declaration of war against the Taliban regime, the illegal rulers of Afghanistan, and the al Qaeda terrorist network which also was based in Afghanistan. On September 9th, 2005, all of the public safety officers killed on September 11th, 2001, were posthumously awarded the 9/11 Heroes Medal of Valor by President George W. Bush. The contamination in the air at the World Trade Center site caused many rescue personnel to become extremely ill and eventually led to the death of several rescue workers. On May 1st, 2011 members of the United States military conducted a raid on a compound in Abbottabad, Pakistan, and killed Osama bin Laden.