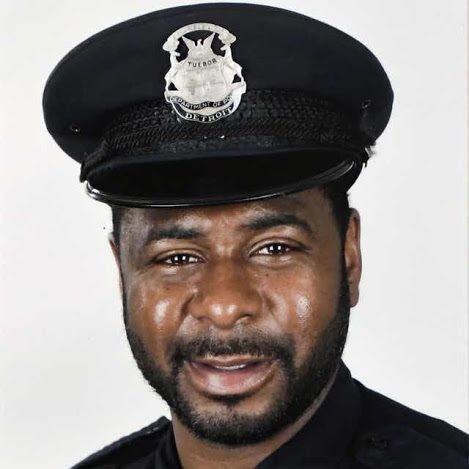 Police Officer Jay Johnson succumbed to a gunshot wound sustained on April 30th, 2017, while responding to a domestic violence call at 10075 Joy Road. He and another officer approached a common front door to the apartment complex which was locked. After several minutes of knocking on the door, a man unrelated to the call for service came downstairs, opened the door, and pointed a semi-automatic handgun at Officer Johnson. Officer Johnson immediately grabbed the firearm and began to struggle with the subject. Officer Johnson let go of the firearm to draw his service weapon. They both fired simultaneously. Officer Johnson was struck once in the head and the subject was struck twice by Officer Johnson. The other officer also returned fire before pulling Officer Johnson from the entryway. The subject died at the scene. Officer Johnson suffered a traumatic brain injury and remained in a rehabilitation facility until his death. Officer Johnson had served with the Detroit Police Department for 17 years. He is survived by his wife, daughter, and two sons. The officer who pulled him to safety, Police Officer Darren Weathers, was killed in the line of duty in a vehicle crash on February 13th, 2018. 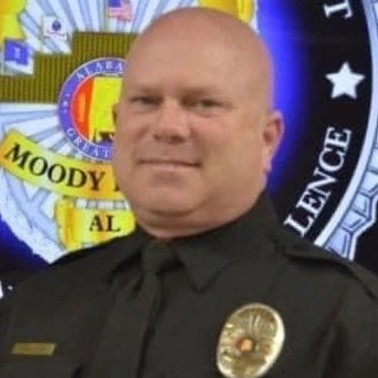 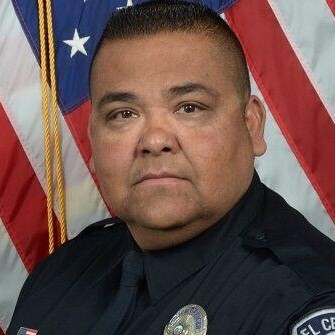 Police Officer Efren Coronel died after contracting COVID-19 as the result of a confirmed exposure during the arrest of an offender who was positive with COVID-19. Officer Coronel had served with the El Centro Police Department for 24 years. He is survived by his wife and two children. In early 2020, thousands of law enforcement officers and other first responders throughout the country contracted COVID-19 during the worldwide pandemic due to requirements of their job. Many of these first responders died as a result of COVID-19. 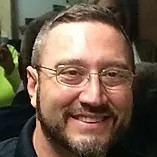 Sheriff Andy Clark was killed in a vehicle crash at the intersection of Highway 36 and M Highway, near Osborn, while responding to assist a deputy in an emergency situation. His patrol car collided with another vehicle at the intersection at 11:30 am. 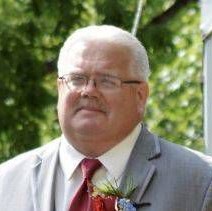 On Saturday, May 30, 2020, Firefighter/Chaplain Joseph Nealon, Jr. experienced a medical emergency while on-duty at the firehouse. He was immediately transported to the local hospital where he passed away. The cause of his death has not yet been determined. 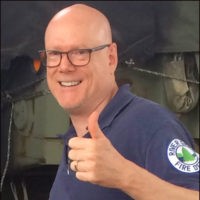 Update May 5, 2020: The U.S. Fire Administration has designated Reisinger's death as a line-of-duty death, attributable to COVID-19 contracted after treating a patient confirmed to have the virus. RIVER GROVE, Ill. — A River Grove firefighter and paramedic who had tested positive for COVID-19 but appeared to be on the mend died early Wednesday from a stroke, officials said. Robert “David” Reisinger, 57, who had been with the department for nearly 18 years and was the longtime EMS system coordinator at Stroger Hospital in Chicago, became ill several weeks ago along with a co-worker who had been on the same ambulance, fire Chief Sean Flynn said. Reisinger had gotten better and was scheduled to return to work Wednesday, Flynn said, but suffered a stroke Monday. The Cook County medical examiner’s office does not list COVID-19 as a factor in Reisinger’s death, but researchers have found links between the virus and some types of strokes. His husband, Kuanwu Lin, does not consider the two events to be coincidental. “It’s still unpredictable what this virus will do to a human body,” said Lin, a psychologist who is also recovering from COVID-19. “We are still learning about it. ... If this was related to COVID-19, then it makes this virus even more powerful, and therefore we cannot be too cautious.” Reisinger grew up in Louisville, Kentucky , and was drawn to the medical field from his teens. His friend John Hultgren said Reisinger was part of a Boy Scout Explorers group that introduced high schoolers to emergency medical services, and rode along on city ambulances to assist on calls. “He was always in demand because he was someone they could count on,” Hultgren said. “He could keep his cool at a difficult scene, and he was helpful. As he learned more and more, he became even more helpful.” Reisinger went on to get a nursing license and work at a Louisville hospital while volunteering as an EMT in a nearby town, Hultgren said. He later moved to Chicago and worked at Northwestern Memorial Hospital and then Stroger Hospital, becoming its EMS system coordinator before retiring in 2018. Lin said he met Reisinger in 2001, and they married three years later. “He was a very good-natured guy, very easygoing and understanding, with a heart of gold,” Lin said. " ... He was always upbeat and could always see the rainbow even through a thick cloud. That often cheered people around him up, and always put a big smile on people’s faces, including mine." In 2002, he became a part-time firefighter and paramedic in River Grove, a small suburb west of Chicago. Flynn said he had a knack for teaching EMS techniques to his colleagues. “He was just very kind and gentle,” Flynn said. “He could take something very complex and break it down to almost every learner’s ability to absorb it.” Kellie Newcomer, a Chicago paramedic who works part-time in River Grove, said Reisinger had a passion for the job that kept him going even after he retired from Stroger. On top of that, she said, “he was a great human being. One of the nicest people I know. He just always was helping others. If you needed anything, he would be there before, whether it had to do with work or your personal life.” River Grove hung dark bunting on its firehouse Wednesday to memorialize Reisinger. River Grove Village President David Guerin said with Reisinger’s death, the town had “lost a hero.” “His job of protecting the public, not only through firefighting but the constant threat of COVID-19, has taken its ultimate toll,” Guerin said. “Our firehouse is like family, and this is a tragedy that has affected our entire village.” A celebration of life will be held when circumstances allow.