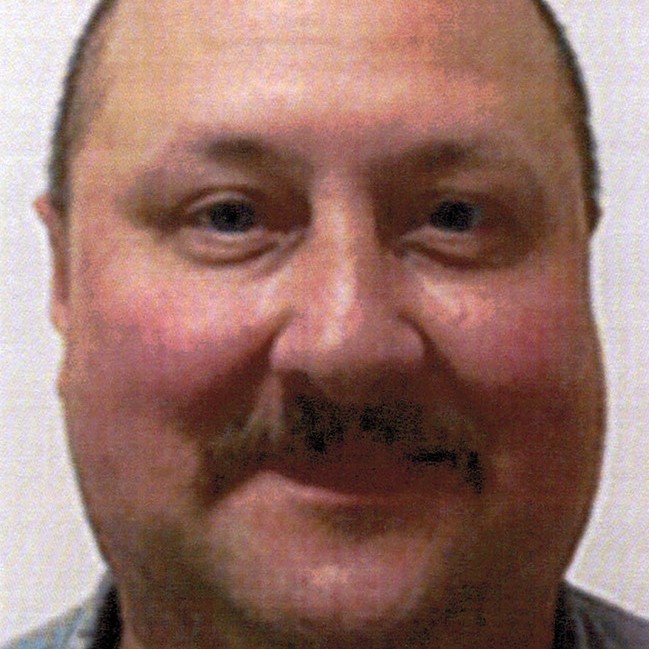 Corrections Officer V James Weston died after contracting COVID-19 during an outbreak among staff and inmates at the Johnston Unit in Winnsboro, Texas. Officer Johnston had served with the Texas Department of Criminal Justice for 13 years. He is survived by his two sons. In early 2020, thousands of law enforcement officers and other first responders throughout the country contracted COVID-19 during the worldwide pandemic due to requirements of their job. Many of these first responders died as a result of COVID-19. 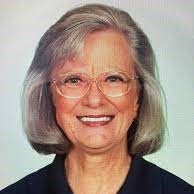 On Monday, August 31, 2020, Firefighter Diane Jones, who worked for a private company during the wildland fire season, KL Farms/Fire LLC, was battling the wildfires in the Mendocino National Forest in California, when she was involved in a vehicle crash, along with two other firefighters. Firefighter Jones was repositioning the engine when it backed over an embankment and into a fire. She passed away from the injuries she sustained in the accident. One of the two other firefighters is being treated for injuries sustained in the crash, while the third firefighter was uninjured. Firefighter Diane Jones was a volunteer firefighter for the Cresson Volunteer Fire Department in Cresson, Texas. Her son, Captain Ian Shelly, also a member of the Cresson Volunteer Fire Department, was fighting the wildfires in the Mendocino National Forest as well. 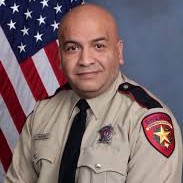 Sergeant Rual Salazar died after contracting COVID-19 while on duty. Sergeant Salazar had served with the Nueces County Sheriff's Office for seven years and had served in law enforcement for 22 years. He had previously served with the Beeville Police Department, Texas A&M University Kingsville Police Department, Kingsville Police Department, and Kleberg County Sheriff’s Office. He is survived by his wife. In early 2020, thousands of law enforcement officers and other first responders throughout the country contracted COVID-19 during the worldwide pandemic due to requirements of their job. Many of these first responders died as a result of COVID-19. 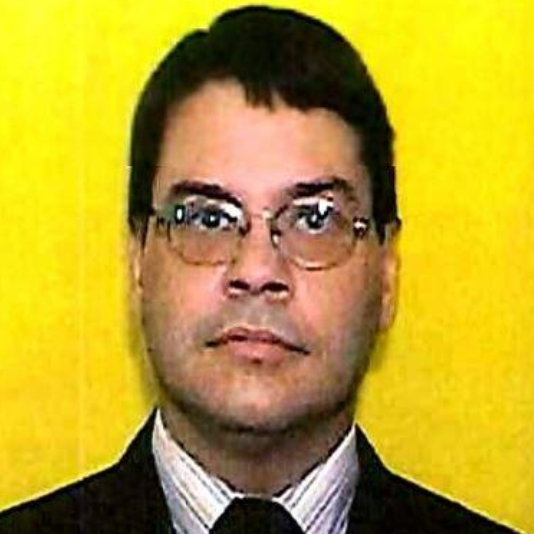 Sergeant Ricardo Perez-Ortiz succumbed to gunshot wounds sustained on April 30th, 2020, when he was confronted by armed subjects while en route to work at 11:50 pm. He was in uniform and driving his personal vehicle on Avenue Jesús T. Piñero at the interchange with Highway 18 when he was surrounded by a group of people driving motorcycles and off-road vehicles who were violating COVID-19 curfew restrictions. The other drivers surrounded his vehicle, forcing him to come to a stop. At least one of the subjects in the group opened fire on him, striking him three times before fleeing. Sergeant Perez-Ortiz was transported to Rio Piedras Medical Center where he remained in critical condition. He was able to assist homicide investigators with information before succumbing to his wounds on August 24th, 2020. Sergeant Perez-Ortiz had served with the Puerto Rico Police Department for 26 years and was posthumously promoted to the rank of Sergeant. He is survived by his brother. 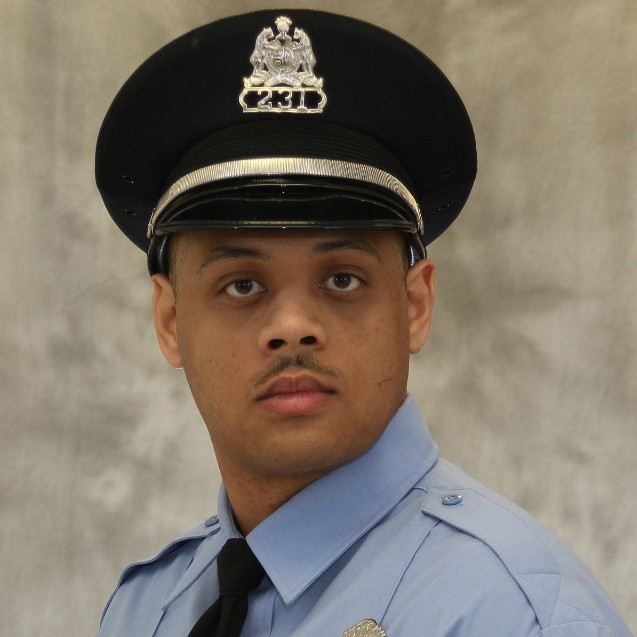 Police Officer Tamarris Bohannon succumbed to a gunshot sustained the previous night when he and other officers were ambushed in the 3700 block of Hartford Street at about 6:00 pm. He and other officers were dispatched to reports of a shooting in the area. They were searching for a victim when a man opened fire on them, striking Officer Bohannon in the head and a second officer in the leg. The man then forced two residents out of their home and barricaded himself inside. Officer Bohannon was taken to a local hospital where he succumbed to his wound. The subject remained barricaded inside of the home until being taken into custody early the following morning. Officer Bohannon had served with the St. Louis Metropolitan Police Department for 3-1/2 years. He is survived by his wife and three children. 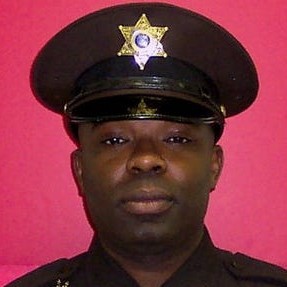 Corporal Bryant Searcy was killed when he was assaulted by an inmate at about 10:00 pm at Jail Division 2 at 525 Clinton Street in Detroit. He suffered severe injuries during the struggle with the inmate after he was attacked. He was transported to Detroit Receiving Hospital where he succumbed to his injuries. The inmate who attacked him remains in custody. Corporal Bryant had served with the Wayne County Sheriff's Office for 18 years and was assigned to Jail Division 2. He is survived by his wife and daughter. 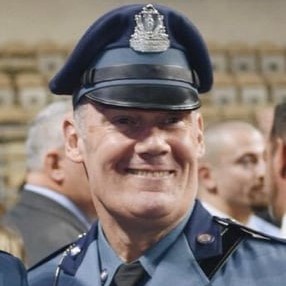 Trooper Thomas Devlin succumbed to injuries sustained on July 26th, 2020, when he was struck by a vehicle on Route 3, south of exit 29 in Billerica, while conducting a traffic stop. He was speaking to the driver of the vehicle he stopped when another vehicle entered the shoulder of the roadway and struck him, pinning him between the two cars. He suffered serious head and back injuries. He passed away from complications of the injuries on September 3rd, 2020. Trooper Devlin had served with the Massachusetts State Police for 33 years. 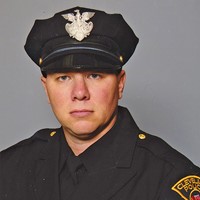 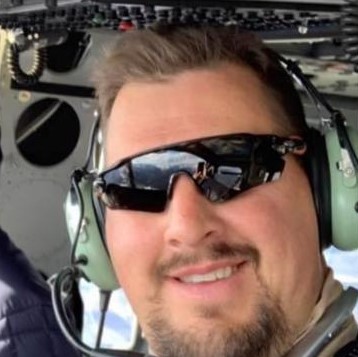 On Monday, August 24, 2020, Pilot Thomas Duffy, flying a Type 1 Kmax helicopter, was conducting bucket drops while battling the White River Fire in Mount Hood National Forest, when his helicopter crashed. He worked for Central Copters, Inc., a private family run company out of Belgrade, Montana, as a wildland-contract pilot for the U.S. Forest Service. The official cause of the crash is under investigation. 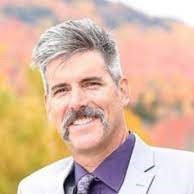 On Monday, August 31, 2020, during a mandated physical fitness ability test at the New Hampshire Fire Academy in Concord, New Hampshire, Interim Captain Steven W. Tower became ill and collapsed. Aid was rendered to him and he was immediately transported to the local hospital where he passed away a short time later. The cause of his death is under investigation. Interim Captain Steven W. Tower retired four years ago from the Goffstown Fire Department after 30 years of service. The town had asked him to come back as the Interim Fire Chief. When Fire Chief Brian H. Allard was hired, he asked Interim Captain Tower to remain with the department and help with logistics. At the time of Interim Captain Tower’s passing, he was taking a mandated physical fitness ability test in order to become a full-time Captain again with the department. During his time as Interim Captain, he responded to fire incidents and was assigned exterior firefighting duties.