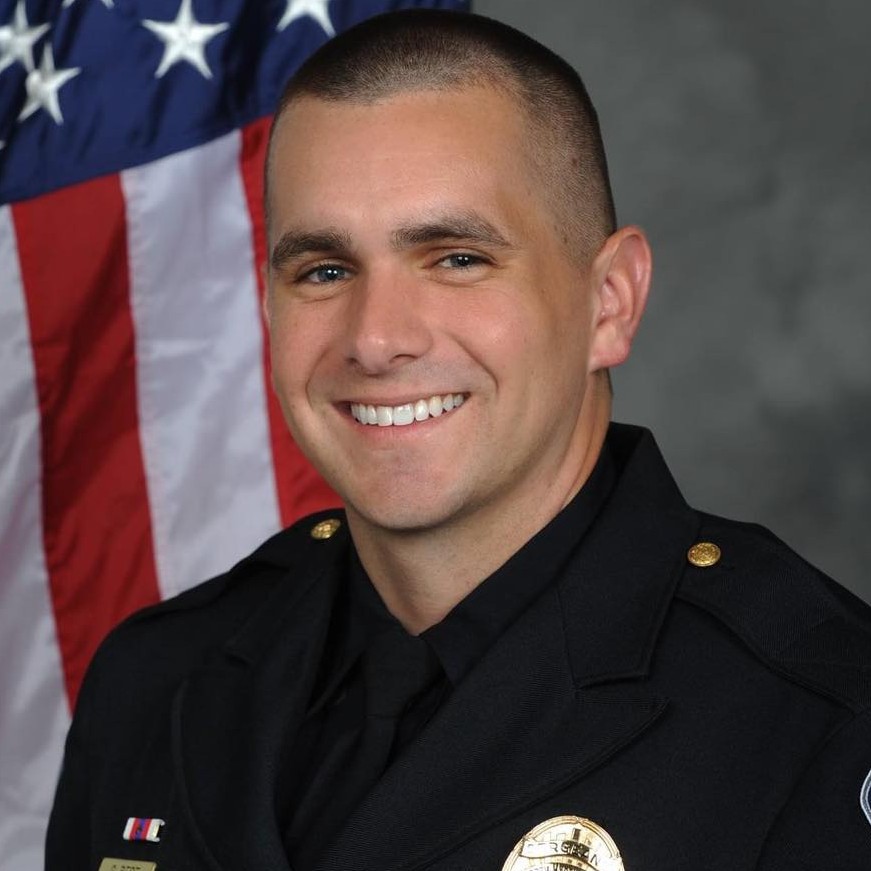 Sergeant Gordon Best was killed in a vehicle crash at 3809 Hwy 17 S near 39th Avenue S, while responding to a call at about 4:00 am. His patrol car left the roadway and struck a utility pole during a period of rain. Sergeant Best had served with the North Myrtle Beach Department of Public Safety for seven years. He is survived by his wife and two children. 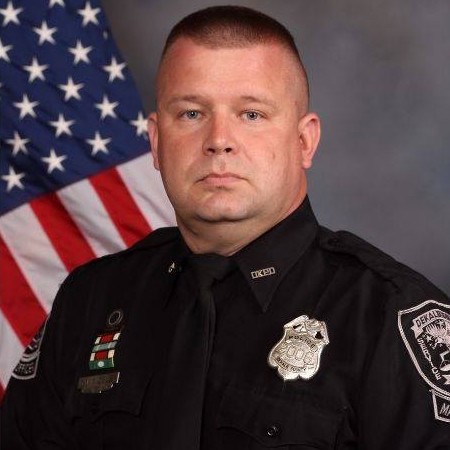 Sergeant Daniel Mobley was struck and killed by a vehicle on I-75/85, near Williams Street in Atlanta, at about 9:00 am while on the scene of a previous crash involving another DeKalb County police officer. Sergeant Mobley had served with the DeKalb County Police Department for 22 years. 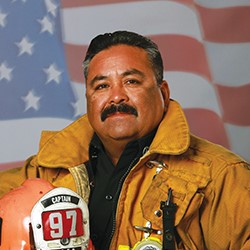 Captain George A. Roque contracted COVID-19 while on duty from a patient with a known case of the virus. 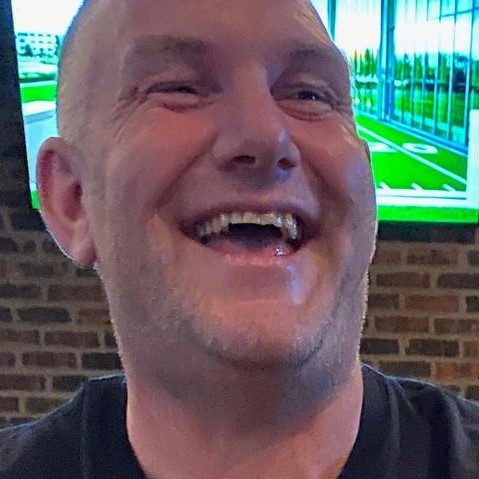 ONAMIA, Minn. — A central Minnesota paramedic collapsed and died Wednesday night while on duty. Toby Rowan had just finished responding to a medical call for the Mille Lacs Health System in Onamia and was still on the scene when he collapsed, according to a statement from the Mille Lacs County Sheriff's Office. Sheriff's deputies and other paramedics who had responded to the call attempted to revive Rowan, but were unsuccessful. The patient who Rowan was trying to save also died, the sheriff's office said. Rowan had worked for the Cuyuna Regional Medical Center (CRMC) for the past five years. His wife, Darcy, is a nurse at the hospital, which is located in Crosby. "This is hard for all of us," said CRMC Emergency Medical Services Director Bob McLaughlin said in a statement. "We are grateful that CRMC is truly a family." An honor guard consisting of emergency medical services personnel, police officers and firefighters from across the state followed behind a hearse Thursday evening as it made its way along Hwy. 210 to the Koop Funeral home in Crosby, the hospital's statement said. In his off time, Rowan enjoyed hunting, fishing, boating, camping and traveling. He also liked sitting in his "blue chair" and spending time with his two dogs and a cat, the statement said. Besides his wife, Rowan is survived by his parents, two sons and two stepdaughters. Funeral arrangements are pending. 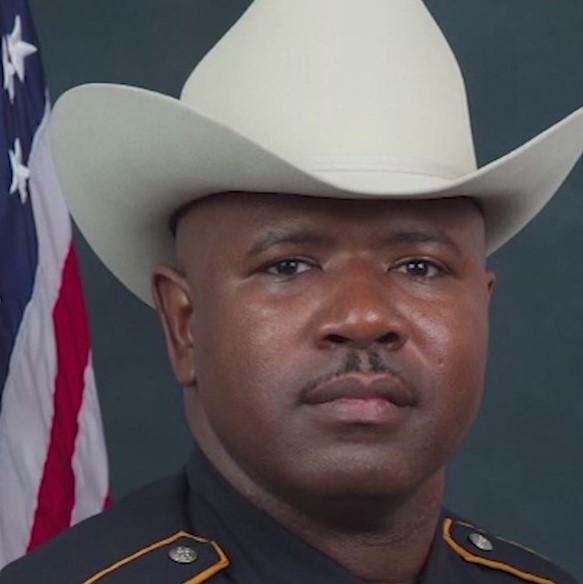 Sergeant Bruce Watson was killed in a motorcycle crash near the intersection of Shadow Creek Parkway and Kingsley Drive in Pearland. He had just completed a funeral escort when his department motorcycle collided with an SUV. He was flown to Memorial Hermann Hospital where he succumbed to his injuries. Sergeant Watson was a U.S. Army veteran and had served with the Harris County Sheriff's Office for 20 years. He is survived by his wife, three children, and grandchild. His wife serves with the Houston Police Department. 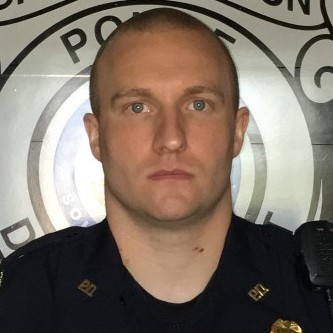 Deputy Sheriff Johnathan Price was killed in a vehicle crash at the intersection of Maiden Down Road and Jackson Road at approximately 10:50 pm. His patrol car collided with another vehicle at the intersection. Deputy Price and the driver of the other vehicle were both killed in the crash. Deputy Price had served with the Marion County Sheriff's Office for three months and had previously served with the Dillon Police Department for three years. He is survived by his wife and three children. 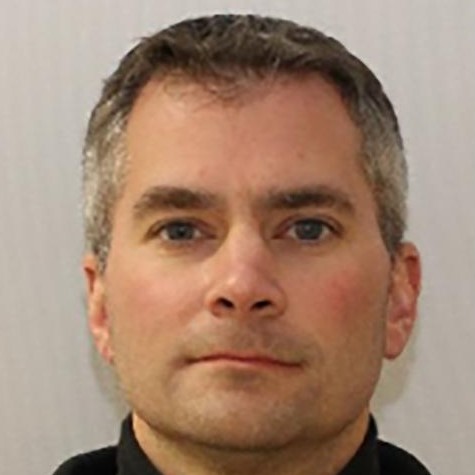 Officer Brian Sicknick succumbed to injuries sustained the previous day while physically engaging with protestors on the grounds of the United States Capitol. The protestors breached the entrances of the Capitol Building while Congress was in session certifying the Electoral College votes following the 2020 presidential election. Officer Sicknick returned to his division office after being injured and collapsed a short time later. He was transported to a local hospital where he passed away the following day. Officer Sicknick was a U.S. Air Force veteran. He had served with the United States Capitol Police for 12 years and was assigned to the First Responder's Unit. 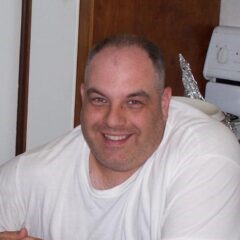 Firefighter/EMT Bryan “Hammy” P. Hamilton contracted COVID-19 while on duty. On Friday, January 1, 2021, he passed away at the University of Maryland, Charles Regional Medical Center in La Plata, Maryland, from complications of the virus. 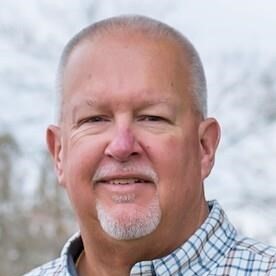 Firefighter John Howell Clift contracted COVID-19 while on duty. He was hospitalized in early December and passed away on Saturday, January 2, 2021.