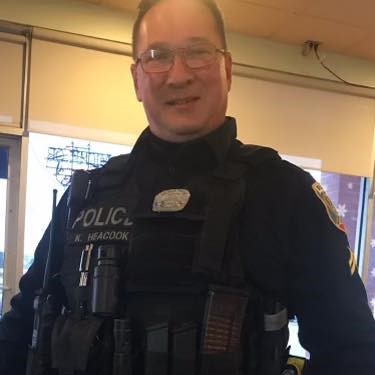 Corporal Keith Heacook succumbed to injuries sustained on April 25th, 2021, when he was assaulted after responding to a fight call in 11000 block of Buckingham Drive in Delmar, Delaware. He was the only officer on duty when he responded to the call at approximately 5:00 am. Corporal Heacook was assaulted by a male subject who then repeatedly stomped on his head after he had become unconscious. The man then assaulted an elderly couple who lived across the street. Officers from the Delaware State Police and Wicomico County Sheriff's Office, Maryland, were dispatched to check on Corporal Heacook when he failed to respond to dispatchers. He was transported to a hospital in Baltimore, Maryland, where he succumbed to his injuries on April 28th, 2021. The man who assaulted him was charged with murder. Corporal Heacook remained on life support so his organs could be donated. Corporal Heacook had served with the Delmar Police Department for 22 years. He is survived by his son and wife. 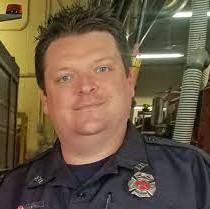 On Sunday, May 2, 2021, Senior Firefighter Jeffrey Eugene Armes, while at the scene of a residential fire, collapsed. Emergency personnel immediately performed CPR and advanced life support care. Firefighter Armes was transported to the OhioHealth O’Bleness Hospital where he was pronounced deceased. Investigation into the incident is ongoing.