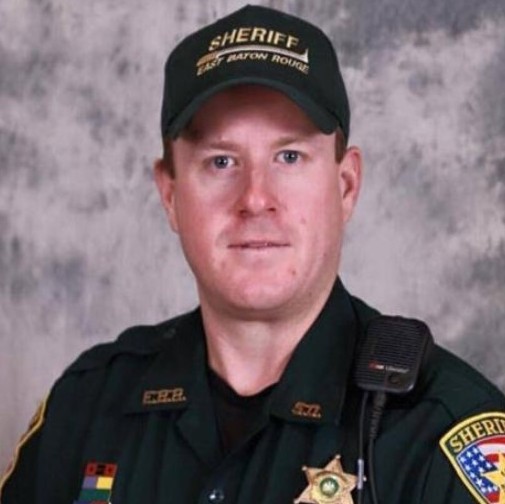 Corporal Nick Tullier succumbed to injuries sustained six years earlier when he was ambushed by a subject outside a convenience store at 9611 Airline Highway shortly before 9:00 am. Officers had received reports of a subject walking along the roadway carrying a rifle. As responding officers arrived in the area, they were ambushed by the subject. Corporal Tullier was critically wounded. Deputy Sheriff Brad Garafola of the East Baton Rouge Parish Sheriff's Office, Corporal Montrell Jackson, and Police Officer Matthew Gerald, both of the Baton Rouge Police Department, were shot and killed. Two other officers were wounded. The subject was shot and killed by other responding officers. He is survived by his parents, his two sons, two brothers, and five nephews. 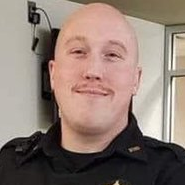 Deputy Sheriff Nick Weist was struck and killed by a vehicle as he deployed spike strips during a vehicle pursuit of an armed subject. Officers from the Galesburg Police Department had responded to a call involving an armed subject at a local gas station at about 8:00 am. The man fled in a vehicle, and the Galesburg officers initiated a pursuit. Deputy Weist was deploying spike strips on U.S. Route 150 at N 150th Avenue in Henry County when the vehicle struck him. The subject's vehicle then crashed into a field, and he was taken into custody after a brief foot pursuit. The man was charged with two counts of murder, unlawful possession of a firearm by a convicted felon, and aggravated fleeing and eluding. Deputy Weist had served with the Knox County Sheriff's Office for four years and previously served with the Mercer County Sheriff's Department and Aledo Police Department. He is survived by his wife, two children, mother, father, and sister. 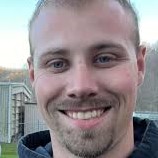 On Sunday, May 1, 2022, Firefighter John Dean Forbush responded to the scene of a vehicle crash at the Elk River in Braxton County, West Virginia. While attempting to rescue a mother and daughter after their SUV was driven into the water, he was caught in the current and drowned. The vehicle crash is being reported as a murder-suicide. Investigation into the incident continues. 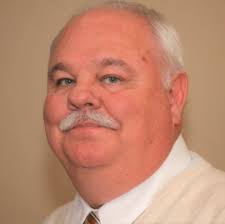 On Wednesday, April 20, 2022, Firefighter Rory “Bud” Swanson was out working on fundraising efforts for the department when he was involved in a motor vehicle accident. He was pronounced deceased at the scene. Initial reports are that he suffered a medical emergency which resulted in the accident. Investigation into the incident continues.