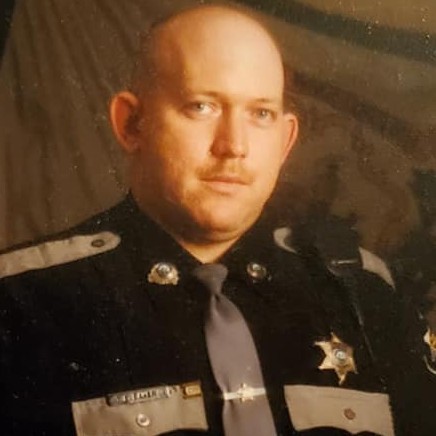 Deputy Sheriff Tom Baker was shot and killed after he and another deputy responded to a domestic disturbance in the Birch River area of the county. He and his partner were talking to two men who had come out of a trailer. Both men ran back into the trailer as the deputies pursued them and attempted to apprehend them by deploying a Taser. Once inside the trailer, the men opened fire on the deputies. Deputy Baker was struck in the back, and his partner was wounded in the leg as they sought cover outside of the trailer. Despite their wounds, they were able to return fire and one of the men was killed. The second man was apprehended following a barricade and was charged with first-degree murder. Deputy Baker had served in law enforcement for a total of 19 years. Prior to joining the Nicholas County Sheriff's Department, he served with the Cowen Police Department, Summersville Police Department, Raleigh County Sheriff's Department, and the Federal Bureau of Prisons. He is survived by his wife and two children. 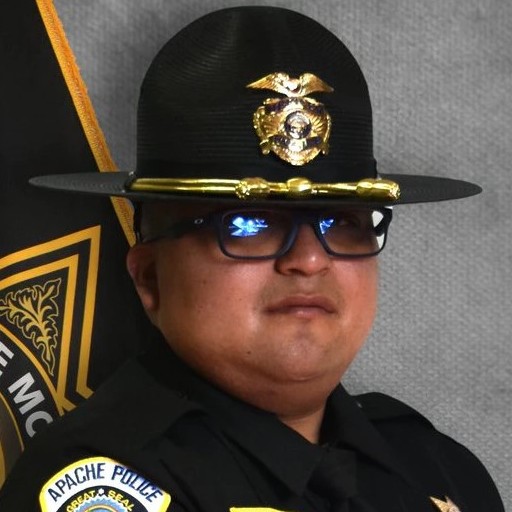 Officer Adrian Lopez was shot and killed during a traffic stop on East Fork Road in Whiteriver, Arizona, at about 7:10 pm. An altercation occurred between Officer Lopez and the driver during which Officer Lopez was fatally shot. The subject then stole Officer Lopez's patrol vehicle and fled the scene with other White Mountain Apache Police in pursuit. The pursuit traveled almost 40 miles before officers and the subject exchanged shots near Hawley Lake, during which another officer was wounded and the subject was killed. Officer Lopez was a U.S. Army veteran of Operation Iraqi Freedom. He had served with the White Mountain Apache Tribal Police Department for five months and had previously served 10 months with the United States Department of the Interior - Bureau of Indian Affairs Office of Justice Services in Wind River, Wyoming. He is survived by his wife and two children.