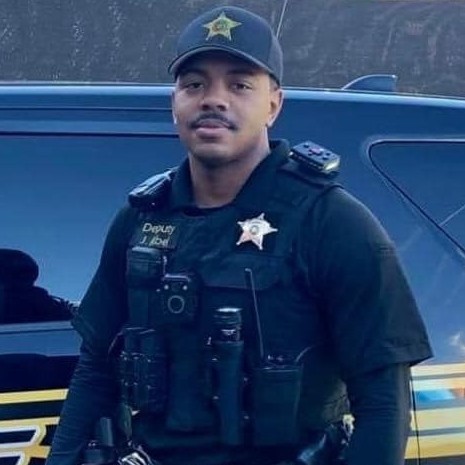 Deputy Sheriff J'Mar Abel was killed in a vehicle crash on County Road 278 between Welch and Standing Rock. He was assisting the Roanoke Police Department during a vehicle pursuit when his patrol SUV left the roadway while rounding a curve at about 4:30 pm. The patrol car overturned after striking a ditch on the side of the road. He was tranpsorted to West Georgia Medical Center, where he succumbed to his injuries. The subject was apprehended. Deputy Abel was killed on his two-year anniversary with the Chambers County Sheriff's Office. He is survived by his father and fiancée.