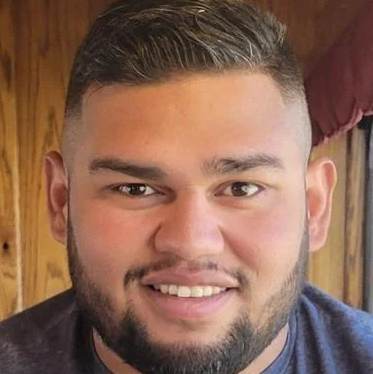 Deputy Sheriff Lorenzo Bustos was struck and killed by a drunk driver at about 12:50 while making a traffic stop in the 14000 block of State Highway 155. He and his field training officer had conducted a traffic stop shortly before midnight and had taken two occupants of the vehicle into custody. While they were completing their investigation of the initial traffic stop another vehicle struck Deputy Bustos as he stood behind his patrol SUV. The impact pushed Deputy Bustos beneath the patrol vehicle. His partner, who was sitting in the passenger seat at the time of the crash, immediately started rendering aid. Deputy Bustos was transported to a local hospital where he succumbed to his injuries about five hours later. The driver who struck him was charged with intoxication manslaughter. Deputy Bustos had served with the Smith County Sheriff's Office for six months and was on his final night of field training. He had previously served with the Rusk County Sheriff's Office for one year and the Henderson Police Department for one year. He is survived by his wife and three children. 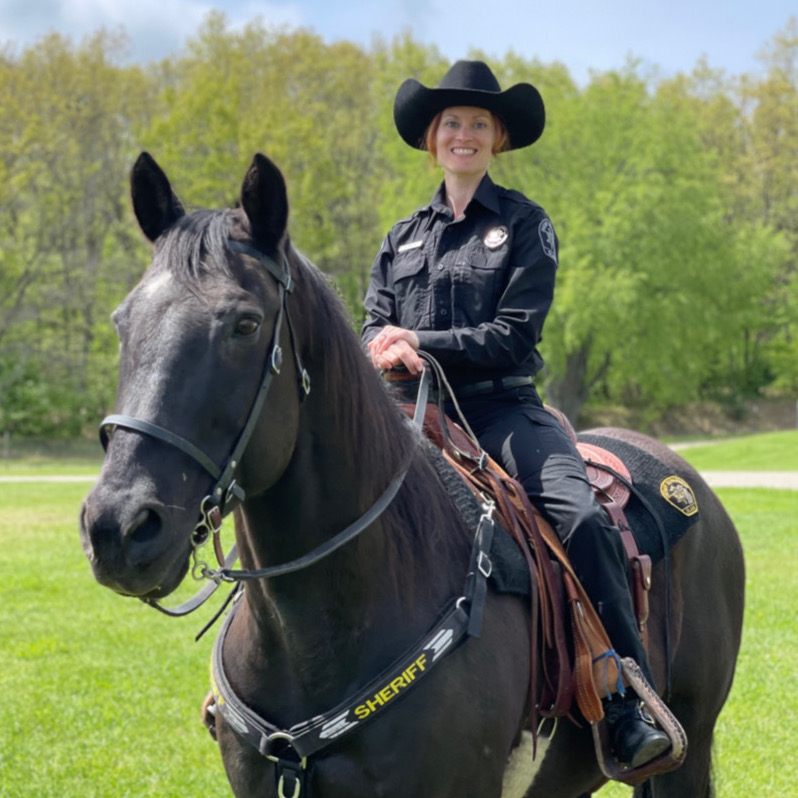 Mounted Deputy Nichole Shuff succumbed to injuries sustained four days earlier when the horse she was riding fell as responded to a medical call at the Clare County Fair. She was getting off her horse to render aid to the citizen when the horse suddenly lost its footing and fell back. Deputy Shuff suffered a serious head injury as a result. Deputy Shuff was kept on life support so her organs could be donated. Deputy Shuff had served as a volunteer deputy with the Clare County Sheriff's Office for two years. She is survived by her husband. 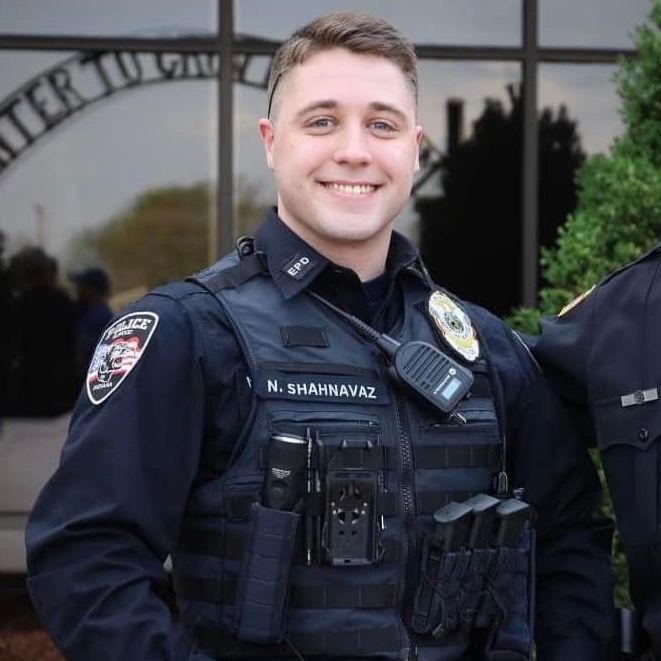 Police Officer Noah Shahnavaz was shot and killed while making a traffic stop near the intersection of Madison Avenue and Route 37 at about 2:00 am. The driver of the vehicle he stopped exited his car and opened fire on Officer Shahnavaz before fleeing in his car. The man then led other officers on a pursuit after he was located in Hamilton County. The subject continued to fire at officers during the pursuit until officers with the Fishers Police Department conducted a PIT maneuver. Officer Shahnavaz was transported to a local hospital and then flown to a hospital in Indianapolis where he succumbed to his wounds. The subject who shot him was a convicted felon who had been previously convicted of shooting at police officers in Indianapolis. He was charged with murder and other charges after murdering Officer Shahnavaz. Officer Shahnavaz was a U.S. Army veteran and had served with the Elwood Police Department for 11 months. He is survived by his parents and siblings. 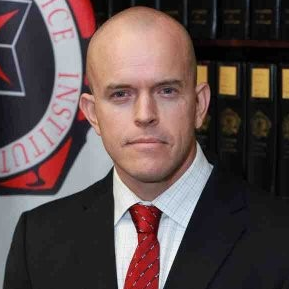 Deputy Sheriff Jamie Reynolds was killed when a large pine tree fell onto his patrol car as he drove along Georgia Highway 16 near Shoal Creek Road. The tree crushed the passenger cabin of the vehicle, killing Deputy Reynolds instantly. Deputy Reynolds had served with the Spalding County Sheriff's Office for two years and had previously served with the Forest Park Police Department for 25 years. He is survived by his wife and two children. 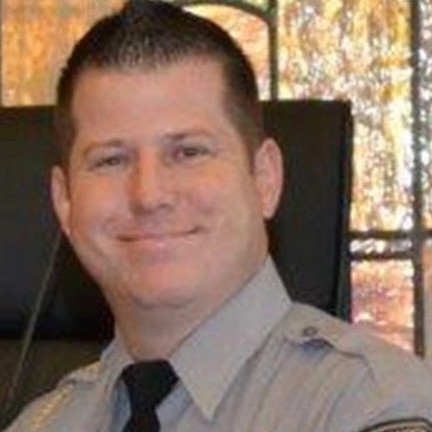 Sergeant Matthew Fishman was shot and killed while serving involuntary commitment papers on the 2500 block of Arrington Bridge Road in Dudley. The subject fired at Sergeant Fishman and two other deputies as they arrived at the home at about 10:30 am. The man barricaded himself inside the house until a SWAT team entered at 8:00 pm and found him dead from a self-inflicted gunshot wound. Sergeant Fishman was transported to ECU Medical Center where he succumbed to his wounds the next day. The two other deputies were transported to ECU Medical Center and Wayne UNC Hospital in stable condition. Sergeant Fishman had served with the Wayne County Sheriff's Office for 12 years and had previously served with the Mount Olive Police Department. He is survived by his wife, two children, and father.